Order cut-off time is 12am - Orders paid before 12am will be processed the same day.

Pls send all Product and Order related Questions to:

BB Pin: We no longer use a Blackberry Devise (pls email us for order or product inquiries)

For orders with a value of more then

5 Juta, we can arrange Credit Card and Installment payments through Tokopedia and Bukalapak. 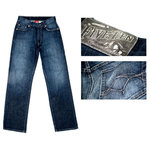 Currently out of Stock

The Space Horse is the most versatile bike in the AC lineup. It can handle front and rear racks, fenders, and has clearance for 42c tires.  It also has our new custom semi horizontal dropouts which allow it to be set up geared or single.

This bike was made to get you into and out of trouble,  to be your companion on exploration missions and all day benders,and to move you and your stuff around as quickly as possible.

One of the coolest aspects of the Space Horse project was getting the opportunity to design our second signature dropout.  Knowing that we wanted to allow the bike to be used single or geared and designing around fenders, meant that the obvious choice was a semi horizontal. Now semi horizontals are great for allowing single speed use, and unlike rear entry dropouts they don't require the rider to remove the rear fender to change a flat.  But we've always felt that the design has a few shortcomings, so we got in there and designed a semi that acts more like a vertical dropout.

The small tab on the front of the dropout in combination with the adjustment screw, not only means that the wheel is fixed in place like a vertical, but that you never have to wonder where you'll get best shifting.  Simply place the wheel fully forward in the dropout and you're done.

The geometry of the frameset itself, is a mix of traditional road and touring geo's giving the bike agile head tube and seat tube numbers, a relatively short rear end, but with a lower than roadbike bottom bracket for increased stability while loaded.  The tubeset was chosen with 30lbs rear and 20lbs front max loads in mind.

This thing is rugged, can run whatever drivetrain you wish, haul crap, and take your cycling experience further.